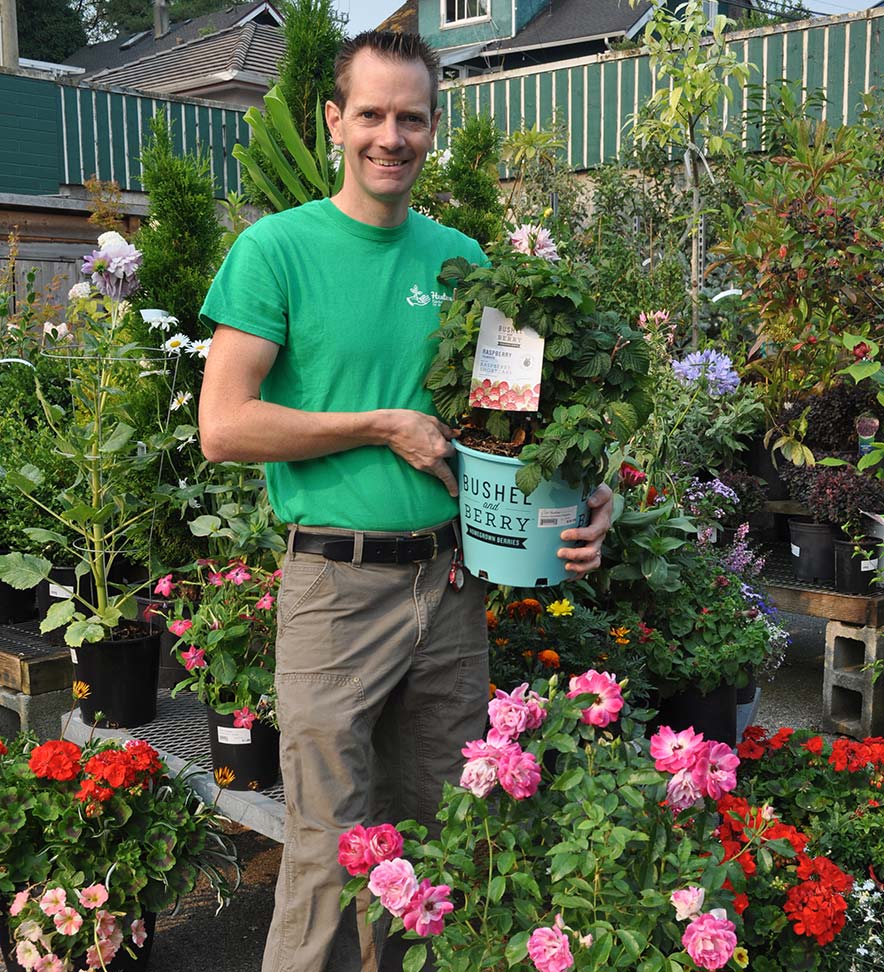 Miles was born with two green thumbs; he is a third-generation garden centre owner and fourth-generation horticulturist. Miles grew up on the family nursery learning about growing and selling all types of plants. He started working in the garden centre at the age of 12 working in the greenhouse at the Surrey store planting and watering the bedding plants. At 14 he began working as a cashier and helping customers find the plants they wanted. In addition to growing up learning how to care for plants in his father’s large garden, Miles grew up working on the nursery, in the greenhouse, and at the garden centres

Over the years Miles has implemented many systems and processes to streamline the operation – developing the first website, starting email marketing campaigns and implementing a Point of Sale system. Miles shares his wealth of knowledge every day as he helps customers find solutions to their gardening challenges.

In 2010 Miles took over the position of General Manager from his father Ron and continued to improve the company in many ways. Miles officially took over as the owner of Hunters Garden Centre in January 2015 and is looking forward to many years working in the industry.

Outside of the horticulture industry Miles enjoys an active lifestyle hiking, skiing, and rock climbing in the nearby mountains. Miles was a volunteer member of the Whistler-Blackcomb Ski Patrol from 1994 until 2020 helping injured skiers and snowboarders.

BACK TO OUR TEAM